Old Ordnance Survey Maps of the City of Bradford MBC

This is our coverage of Bradford, historically part of the West Riding of Yorkshire. 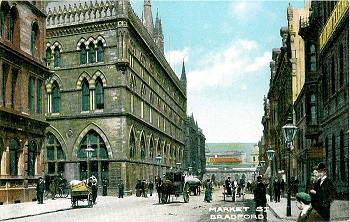 The following titles are taken from the OS 25" maps and reduced to a scale of approximately 14 inches to the mile. Each includes an introduction.

You might find this index map useful: Bradford index map

The area is also covered in our smaller scale Inch to the Mile maps. This is the principal map for the area: