In 1996 Humberside was abolished as a county and the Yorkshire or 'North Humberside' part was divided into two unitary authorities, East Riding of Yorkshire, and Kingston upon Hull. Maps in the East Riding are listed here. 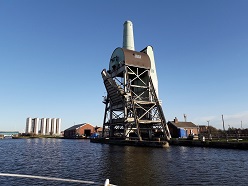